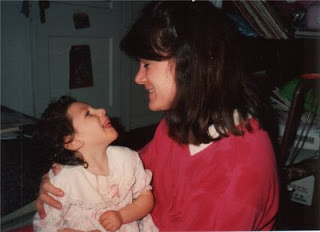 I’m asking you to help, through some sort of resolution, proclamation, or legislation, to promote an educational campaign aimed at teaching women of childbearing age how to prevent the #1 viral cause of birth defects, congenital CMV (cytomegalovirus), which causes more disabilities than Down syndrome.

An educational campaign can mean something as simple as posting information about CMV prevention in the offices of OB/GYNs. You will find support for your efforts from the National Congenital CMV Disease Registry, the Congenital CMV Foundation and STOP CMV area parent reps who all work together to raise awareness and research funds.

I’m a mother who didn’t know about CMV prevention until my daughter, Elizabeth, was born disabled by the virus in 1989. The moment I saw her, I felt a stab of fear—her head was so small, so deformed. The neonatologist said, “If she lives, she will never roll over, sit up, or feed herself.” By her 16th birthday, Elizabeth had survived several bouts of pneumonia, seizures and major surgeries. Weighing only 50 pounds, she looked odd to strangers, but her cheerful, soul-capturing smile made her lovely to my husband, Jim, and me. Two months later, she died suddenly during a seizure. Holding Elizabeth’s body in his arms, Jim cried, “No one is ever going to look at me again the way Elizabeth did.” This kind of anguish must stop--especially since education might have avoided it.

I was invited to speak at the international 2008 Congenital CMV Convention held at the Centers for Disease Control and Prevention (CDC) in Atlanta, GA, to a community scientists and families about Elizabeth’s life with CMV. Mothers approached me after my speech, holding their young children wearing hearing aids, or pushing them in wheelchairs, and wanted to know the same thing: "Why didn’t my OB/GYN warn me about CMV?"

More than half of OB/GYNs surveyed by the American College of Obstetricians and Gynecologists (ACOG) in 2007 admitted they don't routinely caution their patients about CMV despite these CDC figures:
• Every hour, congenital CMV causes one child to become disabled
• Each year, about 30,000 children are born with congenital CMV infection
• About 1 in 750 children is born with or develops permanent disabilities due to CMV
• About 8,000 children each year suffer permanent disabilities caused by CMV (See: www.cdc.gov/cmv).

CMV infection is very common in day care settings, but CMV usually does not harm the children who become infected. However, pregnant women who become infected with CMV are at high risk of passing the infection to their fetuses [who it can harm]. Pregnant mothers who have young children in day care or who work in day care centers may help prevent getting infected with CMV by practicing good hygiene and by avoiding direct contact with saliva through behaviors such as kissing young children on the lips. The CDC states: “If soap and running water are not available, you may use alcohol-based hand gel.”

The direct costs of caring for CMV-disabled children are estimated at $1-$2 billion annually. Surely it would save the government money overall if some time and resources were used to educate the public how to prevent contracting CMV. Other parents in the STOP CMV action network, and doctors who are the country’s leading CMV experts, advocate for legislation aimed at funds for the research and screening of congenital CMV in pregnant mothers and their newborn children.

In an effort to warn those who have never heard of congenital CMV, I wrote a light-hearted memoir about my daughter’s life with her lazy, old devoted canine, called, “Anything But a Dog! The perfect pet for a girl with congenital CMV.” Read an excerpt at http://anythingbutadog.blogspot.com/ It raises funds for CMV research if purchased through the National CMV Disease Registry at www.unlimitedpublishing.com/cmv

To read about my CMV awareness work along with internationally known CMV experts, visit the Times Herald Record article: www.recordonline.com/apps/pbcs.dll/article?AID=/20090121/HEALTH/901210313

Let me know what I can do to help you raise a CMV prevention message.

Lisa Saunders
I am a full-time writer for the State University of New York at Rockland, a member of its Speakers Bureau and a STOP CMV and Congenital CVM Foundation representative as well as a member of the National CMV Disease Registry. To learn more about the work of the country’s leading CMV experts, visit: http://www.congenitalcmv.org/foundation.htm

Other CMV Parents willing to be contacted available through the STOP CMV Action Network at: http://www.stopcmv.com/ STOP CMV was founded by Janelle Greenlee of Sunnyvale, California, the mother of twins, Riley and Rachel, born with congenital CMV in 2003.

The other 2008 Congenital CMV Conference co-sponsor, CMV Foundation founder, Lenore Pereira, Ph.D., Professor, Microbiology and Virology, Cell and Tissue Biology Department, University of California San Francisco, can be reached at lenore.pereira@ucsf.edu, or visit www.congenitalcmv.org/ which includes Members of the Scientific Advisory Committee with their contact information. Dr. Pereira has studied immune responses to CMV infection and molecular biology of viral glycoproteins for over 25 years.

Prevention through hand-washing and hand sanitizers: “It is best to wash your hands with soap and clean running water for 20 seconds. However, if soap and clean water are not available, use an alcohol-based product to clean your hands. Alcohol-based hand rubs significantly reduce the number of germs on skin and are fast acting.” See: http://www.cdc.gov/cleanhands/

“If soap and running water are not available, you may use alcohol-based hand gel.” See http://www.cdc.gov/ncbddd/pregnancy_gateway/infection.htm) For a hand sanitizer to be effected, the Food and Drug Administration (FDA) recommends a concentration of 60% to 95% ethanol or isopropanol, See http://www.cdc.gov/ncidod/EID/vol12no03/05-0955.htm
Posted by Lisa Saunders at 6:51 AM