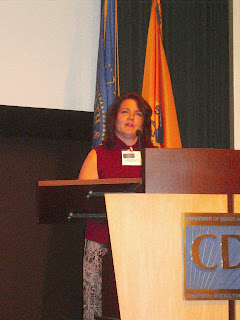 On average, 30-40% of preschoolers in day care excrete CMV in their saliva and/or urine (Red Book, AAP, p. 144). "Up to 70% of children ages 1 to 3 years in group care settings excrete the virus (“Staff Education and Policies on Cytomegalovirus” (http://nrckids.org/CFOC/Database/7.7.1.1, Caring for Our Children: National Health and Safety Performance Standards; Guidelines for Early Care and Education Programs, AAP et al., modified 2017)


Parents of children in day-care centers are at increased risk for contracting CMV (Pass et al, 1986). “Almost all the babies that I see who have congenital CMV, there is an older toddler at home who is in daycare,” said Dr. Jason Brophy, a pediatric infectious disease specialist, in the Ottawa Citizen (Payne, 2018).

“Small children have habits that facilitate the dissemination of diseases, such as putting their hands and objects in their mouths, very close interpersonal contact” (Nesti and Goldbaum, 2007)."Children enrolled in child care facilities are more likely to acquire CMV than are children cared for at home” (Caring for Our Children, AAP et al., modified 2017).

American Academy of Pediatrics, et al., states: “Female employees of childbearing age should be referred to their primary health care provider or to the health department authority for counseling about their risk of CMV infection. This counseling may include testing for serum antibodies to CMV to determine the employee’s immunity against CMV infection...it is also important for the child care center director to inform infant caregivers/teachers of the increased risk of exposure to CMV during pregnancy”  (Caring for Our Children, AAP et al., modified 2017). 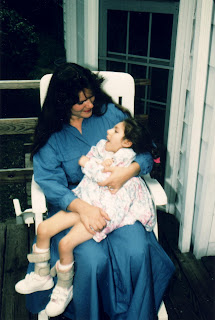 “I was a pregnant licensed child care provider, church nursery volunteer and the mother of a toddler, yet I didn’t know about CMV. I always washed my hands after changing diapers, but often too busy chasing toddlers to get to the sink after wiping noses and picking up toys, I used diaper wipes to clean my hands—not realizing they don’t effectively remove CMV”--Lisa Saunders, mother of Elizabeth born with congenital CMV (seen above). Elizabeth had a small, damaged brain, hearing and vision loss, cerebral palsy, developmental delays and epilepsy. Elizabeth died during a seizure at the age of 16 in 2006.

Explain why most child care providers have not heard about CMV.

2016: Only 18.5% of licensed “in-home” daycare providers surveyed have heard of CMV and “Providers do not know how to appropriately sanitize surfaces to reduce spread of disease” (Thackeray and Magnusson, 2016). 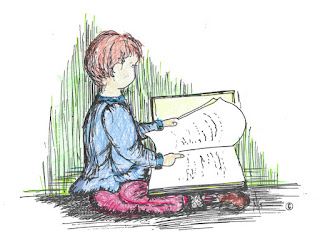 IF CMV WAS A PROBLEM, WOULDN’T MY DOCTOR TELL ME?
5 Possible Reasons Women Are Unware of CMV

1) CMV prevention education is not part of a doctor’s “standard of care.”

2) Doctors don’t want to frighten, worry or “burden” patients.
New York Times: "The American College of Obstetricians and Gynecologists [ACOG] used to encourage counseling for pregnant women on how to avoid CMV. But last year [2015], the college reversed course, saying, ‘Patient instruction remains unproven as a method to reduce the risk of congenital CMV infection.’ Some experts argue that because there is no vaccine or proven treatment, there is no point in worrying expecting women about the virus...Guidelines from ACOG suggest that pregnant women will find CMV prevention 'impractical and burdensome,' especially if they are told not to kiss their toddlers on the mouth — a possible route of transmission.” (Saint Louis, 2016).

3) Low media coverage. In the HealthNewsReview.org article, "Why does CMV get so much less news coverage than Zika — despite causing far more birth defects?"  the author states,  “Researchers we spoke with identified the same factors – fear and the epidemic/endemic nature of the diseases – as driving the media disparity” (Shipman, 2018).

4) Although U.S. workers have the right to “receive information and training about hazards” (Occupational Safety and Health Act of 1970), there are no federal laws governing CMV education policies for child care workers. The Department of Labor states, "Education and training requirements vary by setting, state, and employer."

5)"The virtual absence of a prevention message has been due, in part, to the low profile of congenital CMV. Infection is usually asymptomatic in both mother and infant, and when symptoms do occur, they are non-specific, so most CMV infections go undiagnosed” (Cannon and Davis, 2005).

Germany: “to protect DCWs [daycare workers] from primary infection, their CMV serostatus must be checked at the beginning of their pregnancy. When the DCW is seronegative, she is excluded from professional activities with children under the age of three years…“ (Stranzinger et al., 2016).

“In Australia, state governments have differing recommendations for pregnant ECEC [early childhood education and care educators] working with young children. Some states, such as Queensland, suggest relocating educators who are pregnant to care for children aged over two to reduce contact with urine and saliva” (Clark, 2019).
\
CMV LAWSUIT BY CHILD CARE WORKER

In New South Wales, Australia, in a landmark decision, “a childcare worker and her severely disabled son were awarded $4.65 million. A Court of Appeal ruled that the child's disabilities resulted from the woman being infected with cytomegalovirus (CMV) at work (Hughes v SDN Children's services 2002)” (Queensland Government, Australia, 2017).

Meridian Lawyers of Australia state: “The allegations of negligence were that Sydney Day Nursery breached its duty of care to Linda ...by failing to warn her of the risks of CMV in circumstances where the centre knew or ought to have known of the risks of CMV to pregnant women...” 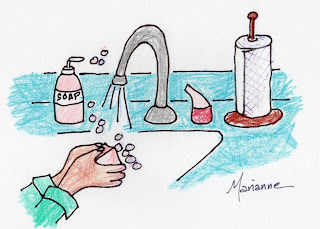 “Approximately 1-4% of all pregnant women will experience a primary CMV infection during their pregnancy. If you work in a child care setting, the risk increases to approximately 10%. If you have a toddler at home who is actively infected with CMV and shedding CMV in their saliva or urine, the risk is even higher, approaching 50% in some studies” (“CMV In Pregnancy: What Should I Know?”, Demmler-Harrison, 2014).

In the U.S., “61 % of children under the age of 5 are cared for in a child care facility...Intervening with child care providers and parents through child care facilities are key opportunities to reduce prevalence of CMV infection and other diseases” (Thackeray and Magnusson, 2016).

Child care licensing agencies should instruct child care centers and preschools to educate staff about CMV. The book, Model Child Care Health Policies, has a sample document to be signed by staff (paid or volunteer) to show “Acceptance of Occupational Risk by Staff Members,” which includes “exposure to infectious diseases (including infections that can damage a fetus during pregnancy)” (American Academy of Pediatrics, Pennsylvania Chapter, Aronson, SS, ed., 2014, p. 116).

HOW YOU CAN HELP

1. "Staff Education and Policies on Cytomegalovirus (CMV)," American Academy of Pediatrics, American Public Health Association, National Resource Center for Health and Safety in Child Care and Early Education. (Revised 2017). National Health and Safety Performance Standards: Guidelines for Early Care and Education Programs. Retrieved from Caring for Our Children:http://nrckids.org/CFOC/Database/7.7.1.1. You can download that page as a pdf by clicking on the upper right side of the webpage: "Save as PDF"

5. Model Child Care Health Policies, a book by the American Academy of Pediatrics, has a sample document to be signed by staff (paid or volunteer) to show “Acceptance of Occupational Risk by Staff Members,” which includes “exposure to infectious diseases (including infections that can damage a fetus during pregnancy)” (American Academy of Pediatrics, Pennsylvania Chapter, Aronson, SS, ed., 2014, p. 116).

Posted by Lisa Saunders at 6:01 AM

Very nice things in you post thank you so much.Nidan Mother & Child Care