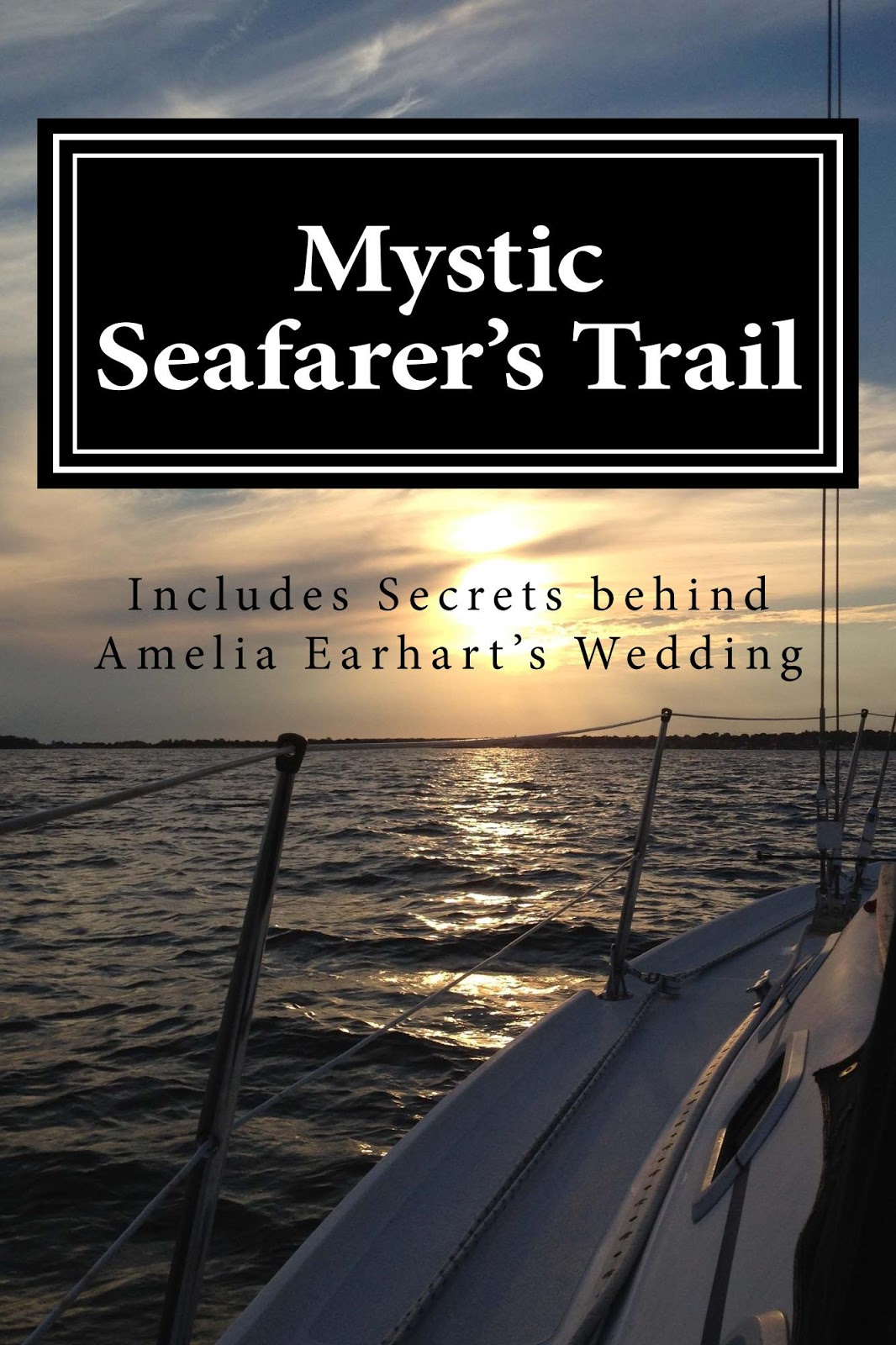 
Shortly after stepping out of my new home with my hound for our first stroll through the historic seacoast village of Mystic, Connecticut, a woman pulled over in her van and yelled, "Excuse me."


Assuming she was a tourist wanting directions to Mystic Pizza or some other attraction, I wasn't prepared for what she really wanted to know.


"Do you realize the back of your skirt is tucked into your underwear?"


What a debut in my new hometown—I don’t think this is what National Geographic meant when they named Mystic one of the top 100 adventure towns in the United States.


...
No longer did I want to be known as the lady who always talks about losing weight but never does it. No longer would I sit around daydreaming about becoming thin and famous so... I had a real shot at it now that I lived in a place where I couldn’t help but fall into a swash-buckling adventure—the kind that might inspire me to write a bestseller.

Straddling both sides of the Mystic River in the towns of Groton and Stonington, the village of Mystic takes its name from an Indian word, “river running to the sea.” With its scenic views of tall ships, islands, lighthouses, and secluded coves, it has attracted such legendary honeymooners as Humphrey Bogart and Lauren Bacall. It is a place where those who cross the oceans gather to swap stories and repair their boats. It is where famous explorers are born, visit, get married, or sadly, embark from on their way to becoming lost at sea.

To launch my career as an adventuress, I decided to walk Bailey to the haunts and homes of such celebrated adventurers as Amelia Earhart, the first woman to fly solo across the Atlantic...Maybe I could become thin and famous like Amelia Earhart. Like her, I am fairly tall, my middle initial is M, I have a gap between my two front teeth, and until I looked it up, I couldn’t spell medieval either (more on that and her wedding day later). Unlike Amelia, I wasn’t skinny, but that was about to change. I would stop lying around reading about adventurers and do what it took to become one.
...
I felt affection for Matilda, a little two-year-old girl who drowned on New Year’s Day in 1858. There was no mystery why I found comfort visiting her grave—it reminded me of visiting our daughter Elizabeth’s grave, which we had to leave behind in New York. Elizabeth died in 2006 at the age of 16 during a seizure.
Although Elizabeth was unable to walk or talk because I contracted cytomegalovirus (CMV)[i] when pregnant with her, she was the happiest little soul Jim and I had ever known.  Missing her sweet, smiling face more than words can express, we tried to remind ourselves that she was on a better shore—one free from suffering. We had the following Scriptures etched on the back of her heart-shaped, pink headstone: “I will dwell in the house of the Lord forever,” and, “then will the lame leap like a deer and the mute tongue shout for joy.”
Since moving to Mystic, I was unable to visit Elizabeth’s grave as often as I would have liked. On the front of Elizabeth’s stone were the words, “Our Little Girl,” for though she was 16, she really was very little, weighing only 50 pounds at the time of her death. Visiting the grave of little two-year-old Matilda reminded me of visiting Elizabeth—at least somewhat. But Matilda wasn’t family, not mine anyway.
...

Although I would never admit it to anyone in Mystic, I thought it would be kind of exciting to experience a New England hurricane (but only the kind where no one died). A good hurricane survival story just might be my ticket to a New York Times bestseller—and the kind of notoriety I sought in order to promote a cause dear to my heart. (Amelia Earhart used her fame to promote women’s rights; my cause is a mother’s right to know how to protect her unborn child from congenital CMV.) [i]


[i] To learn more about Elizabeth’s life and how to prevent congenital cytomegalovirus (CMV) from happening to other children, see Addendum #2 and #3.